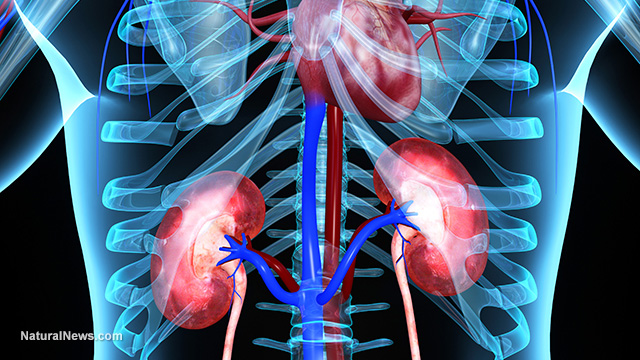 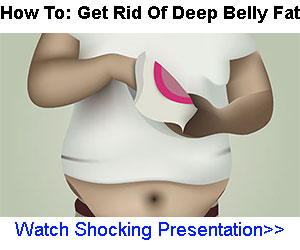 (NaturalNews) Despite the name, heartburn has nothing to do with the heart, besides symptoms that, when severe, tend to resemble those of a heart attack. The typical burning sensation in the chest and esophagus are caused by irritation from stomach acid that’s being slightly regurgitated. There is a direct correlation between highly acidic foods and the stomach’s inability to sufficiently process the acid. Since most Americans would rather die a slow, miserable death than change what they eat regularly, Big Pharma has come up with some popular “solutions” – ones that quell the burning sensation of acid reflux while preventing the kidneys from filtering toxins properly. While life-threatening waste materials accumulate in their bodies, they continue consuming their favorite fried foods, processed baked goods, brownies, cookies, soda, alcohol, spicy foods, dairy, and of course, meat. In fact, meat is one of the hardest foods for the stomach to digest.

To these binge-eating folks’ dismay, a new study shows alarming findings of up to a 50 percent increased risk of kidney complications (including chronic kidney disease and acute renal failure) for people who take heartburn medications regularly, including Nexium, Prilosec and Prevacid.

The new study, published in JAMA Internal Medicine, found that the most commonly used heartburn medications can damage arteries and lead to an increased risk of kidney failure, heart attack and even dementia. In other words, after taking your medications as recommended by your MD, that heartburn that felt like a heart attack could actually turn into a real heart attack. Go figure.

Colleagues at the Houston Methodist Research Institute discovered that endothelial cells that line the walls of arteries looked like fried eggs after heartburn medications created “garbage” build-up, causing artery cells to prematurely age. Plus, vascular cells couldn’t seem to divide or proliferate properly, making it difficult for cells to repair the wounds occurring in blood vessels. So much for preventing heart attacks and strokes. Heart medications, essentially, are producing a coating that helps plaque stick to vessel walls like Velcro. Food begins to stick to your insides, something that the pharmaceutical industry must know about, but has obviously covered up for years.

Wondering where you bacteria-induced diarrhea is coming from?

Got a high risk of fractures?

Suffering from low levels of magnesium?

Are your kidneys losing their ability to filter blood properly?

Prilosec, Nexium and Prevacid lower the amount of acid produced by the stomach while coating your insides with “slow death.” More than 15 million Americans are sucking down these proton pump inhibitors (PPIs) at ever-increasing doses and for way too long. According to the research, as many as 70 percent of these prescriptions have been dished out inappropriately. Wow! Still trust your MD?

In the new study, researchers compiled data from more than 250,000 people taking PPIs, and more than 10,000 patients suffering from hardening of the arteries. The PPI users in both groups were more likely to suffer from high blood pressure, heart problems, obesity and increased risk of chronic kidney disease. Plus, those taking the drugs twice a day rather than only once, doubled their risk of chronic kidney disease.

How do heartburn medications damage the kidneys?

First of all, these pharma meds cause magnesium levels in the body to decline. Over time, lack of this important mineral causes bouts of acute kidney inflammation, eventually inflicting permanent damage on the kidneys. The medical “solution” to the problem? Limit the time patients are on the drugs and the amount they take. Using common sense, that just means putting off the inevitable chronic kidney disease, dementia and fractures. No wonder the elderly in America are classified as “weak” and “immune deficient.” It’s not because they’re old; it’s because they sucking back heartburn medications while continuing to chomp on fried meat and baked GMO sweets.

Is it a coincidence that 26 million Americans suffer with kidney disease, while 15 million are taking heartburn medications? While the kidneys suffer damage, excess fluids build up in the body, causing swelling, nausea and vomiting. The human body deteriorates; you can’t survive long without properly functioning kidneys. People over 60 years of age are at higher risk of diabetes, high blood pressure, heart disease and acute renal failure. Still wondering why? How long have they been eating acidic foods, then taking their heartburn meds to quell the pain of “acid reflux?” Just what the doctor ordered! It’s time for some lifestyle changes people, and we don’t mean kidney transplants.

Are you suffering from H.M.D. – heartburn medication disease?

Every substance you put in your body eventually passes through your kidneys. How many pharmaceutical meds do you take? Are you on medications to quell the side effects of other medications? MD’s love to juggle medications – it makes them more money and keeps you as a customer for life (and a shortened life at that). Did you know that heartburn medications are among the most commonly prescribed drugs in the world? The FDA, which is surprisingly corrupt, warns that usage of PPIs for longer than a year leads to nutrient deficiencies and bone density decreases that lead to fractures. You think they don’t know about acute renal failure and heart attacks too? Don’t be naive.

Dialysis costs about $30,000 per year, and the average cost of a kidney transplant is a quarter of a million dollars.

So, what’s the solution? Cut out the fried foods, meat, dairy and processed sugar. Consider becoming a vegetarian or vegan, and supplement with natural remedies like holy basil and enzymes.

Sources for this article include:

Who Knew Preventing Kidney Stones was This Easy?
Who Knew Preventing Kidney Stones Was this Easy? By Dr. Mercola Kidney stones (renal lithiasis) can be one of the most excruciatingly painful conditions you can experience. In the United States, abou…
Top 10 Health Articles of 2014 from Mercola.com
By Dr. Mercola Another year has passed and, for the 10th year in a row, Mercola.com remains the most visited natural health site on the Web. Ever since the inception of Mercola.com, I and my team have…
DrDingle.com – Blog New – Dr Dingle’s Blood Pressure Smoothie
Dr Dingle’s Blood PressureSmoothie Wednesday, January 15, 2014 at 03:57AM The reason I call it the blood pressure smoothie is all of the ingredients have been multiple shown in scientific studies to…