In past cinnamon was more valuable than gold.  Cinnamon has been used for digestive ailments such as indigestion, gas and bloating, stomach upset, and diarrhea. More recently, modern medical research has turned its eye on cinnamon and is coming up with some intriguing results. It has a mild anti-inflammatory effect.The potential health benefits attributable to cinnamon could be stated as nothing short of astonishing.

Cinnamon is one of the top source of antioxidant. Anti-oxidants reduce the formation of ” Free Radicals ” that cause cancer. It is found that Cinnamon has sufficient anti-oxidant properties and makes for improved food palatability.  Anti-oxidants good for your whole body, repairing damage to virtually all parts of your body from skin to organs.

Cinnamon improves circulation and has a warming effect that people with arthritis feel eases their symptoms. There aren’t many studies that back this up yet, but the anecdotal evidence is still encouraging that this spice may play a role in reducing pain and inflammation.

Anti-bacterial properties of Cinnamon play a important role in getting rid of harmful bacteria without damaging your teeth or gums. The antibacterial nature of cinnamon helps protect teeth and gums from damage and improves breath too.

Cinnamon has the ability to prevent the spread and growth of cancer cells. Cancer cells abnormally take up glucose, ignoring regular metabolic signals. Cinnamon may play a role in reestablishing the proper signals and keeping sugar levels under control so cancer cells cannot grow as quickly or spread as far.

Cinnamon also known as warming agent. Mix with a carrier oil it is highly effective in relaxing and relieving muscle pain. Some put a few drops in their bath to relax and to sooth tired and aching muscles.

Cinnamon’s ability to kill several types of bacteria, including E.coli, make it a very good way to combat food poisoning. Make a batch of tea as soon as you begin to feel symptoms.

Pure Cinnamon Leaf oil not only smells great but is an effective odor neutralizer as it kills bacteria that creates bad odors and not just mask odors. All you need is 2-5 drops of Cinnamon leaf oil mixed with water on a diffuser and within minutes all odors are neutralized. Add a little cinnamon oil to your diffuser and the warm, spicy fragrance will chase away odor. It also kills any bacteria that may be causing the odor so it does more than just mask foul scents.

Recent study found  two compound in cinnamon called cinnamaldehyde and epicatechin — may be effective in fighting Alzheimer’s. According to a study Cinnamon has been shown to prevent the development of the filamentous “tangles” found in the brain cells that characterize Alzheimer’s.

Cinnamon is showing promise as a way to prevent and counteract the symptoms of type 2 diabetes, having a beneficial effect on glucose levels and insulin sensitivity. Cinnamon has a 3-5% effect on blood sugar levels, similar to an older generation of diabetes drugs. That could make it an ideal option for pre diabetics. For severe Type 2 diabetics, whether you can take enough cinnamon to make a difference is a decision you should make in consultation with your doctor. 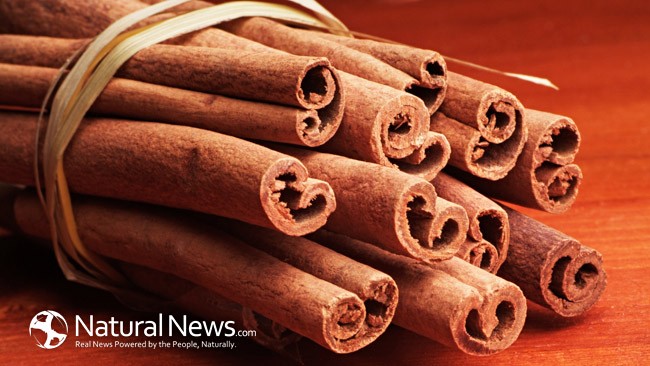